A few months after the completion of my African Adventures, i have relocated back to Asia.

New Yorker Grant recently shared this wonderful Mark Twain quote with me. It might not be susinct but it does remind us to “Go For It”. We all have choices; we all have control in our lives; we all have opportunities. Even if we are married with three kids!

"Twenty years from now you will be more disappointed by the things that you didn't do than by the ones you did do. So throw off the bowlines. Sail away from the safe harbor. Catch the trade winds in your sails. Explore. Dream. Discover."

The new blog is up and running but you will have to beg me for access.
Posted by Mountain Man at 2:54 PM 5 comments: 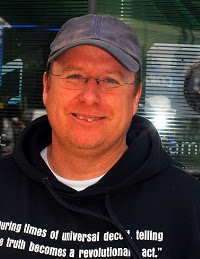 It's great if somewhat strange catching up with Darrin in London. Darrin is recuperating from his unwitting electrocution in Dar Es-Salaam. Luckily he is in one piece and through the help of his acupuncturist, he is well on his way to a full recovery. Like myself he finds UK life somewhat boring and tedious, and fortunately he has managed a couple of side trips to France and Spain between consultations. He also faces some serious difficulties with his insurance company which is likely to end up in court.

Darrin's Land-rover is likely to be rotting fast in Tanzania and not surprisingly he is impatient for an emotional reunion.
Posted by Mountain Man at 10:36 PM 2 comments:

This surreal desert landscape is sublime and is likely to be one of my first i revisit. Bring a tent and stay for a week!

The end of the African continent boasts beautiful National Parklands boasting huge biodiversity if flora second to none.

The place to share the ocean with Great White sharks. To view these adept killers is an amazing experience

A genuine working town and a sublime historical feast showing Portuguese colonial architecture at its finest.

A piece of paradise on Lake Malawi.

Little visited and cheap as chips, watch elephants come to bathe at sunset.

If you are going to do any one safari in Africa, it’s hard to beat the diversity found here.

Viewing the mountain gorillas in their natural habitat was the most exhilarating moment of the trip. Damn the expense and see for yourself.

Like no place on Earth. Don’t miss the old market and the Hyena men.

Imagine having over 100 pyramids all to yourself.

Not surprisingly one of the modern Wonders of the World. Spend a few days and check out the myriad paths.

Friends From The Road - Where Are They Now?

As i often remind Ying, it's the people in the world not the places. I enjoyed the company of many, but the following are people i have stayed in contact with throughout the trip.
Darrin (Windhoek, Namibia)
Darrin is currently in London recuperating from his shocking experience in Dar-Es Salaam. He hopes to return to Tanzania to collect his Landy and continue up East Africa

Josef (Windhoek, Namibia)
After returning to Germany to sell his apartment, he returned to Africa again. Unfortunately he could not find anyone to share fuel costs on the mobile home but we spent a few days together in Addis. Great to catch up with him again and he is happy to take me round the Stans in his monster truck at some point.

Jandre (Port St John’s, South Africa)
Jandre works with his father in a multi-million pound banking business. He takes time off to continue to surf around the Wild Coast

Steve (Port St John’s, South Africa)
With no email account, contact has been difficult. Nonetheless i continue to send him marijuana seeds which he farms in the Transkei as well as breeding his Siamese fighting fish and running his wormery,

Grant (Port St John's, South Africa)
Grant is now working for Hostel World on Cable TV. We missed each other by 2 weeks in Tanzania and about two days in Petra.

Flipper (Port St John’s, South Africa)
Flipper returned back to Sweden, before embarking on a brief sojourn to The Ganj and Dharamsala. Now back in Sweden, she is applying for medical school.

James and Pippa (Ibo Island, Mozambique)
James has finally found work on a boat in Saudi Arabia. Pip’s has decided to leave her documentary making career to become an international teaching career.

Stef (Ibo Island, Mozambique)
I met Steff again in Addis – great to catch up with him again as he slowly meanders his way back to Holland

Lij Fire (Nkarta Bay, Malawi)
Lij Fire was arrested for possession but is currently out of prison

After a great few days in Haifa, Loco Lobo is planning trips to Berlin, Poland and back to tribal areas in Southern Ethiopia.

Jimmy and Jenny (Fort Portal, Uganda)
Currently helping out the wildlife population in Bangladesh with their dog Princess.

Derbo (Addis Ababa, Ethiopia)
Derbo has just a few months left to go before he graduates from his college. Unfortunately his mother is very sick and in a Lalibela hospital.

Lindsey (Gonder and Lalibela)
Spiritual daughter is now back in London where she has just handed in her notice at work as she looks for an international posting.

Milan (Abri, Sudan)
Milan returned back to the Cezh Republic in early March. Back on the farm, i may try and do a side trip whilst in Europe to stay on his farm.

Casper (Luxor, Egypt)
Casper is back in the States where he continues his massage business and planning to spend the summer in Alaska using his wilderness survival skills I have put him in contact with Seth as he is interested in continuing his survival skills with the San in Namibia/South Africa

Elizabeth (Luxor, Egypt)
A sad farewell in Jerusalem. Her sabbatical is now at an end and she returns to her community college in Michigan.
Posted by Mountain Man at 10:08 PM No comments:

Countries visited: Officially 14 (15 if Palestine is included as a separate entity)

2 bouts of colds/flu – Malawi and Egypt

Posted by Mountain Man at 1:00 AM No comments:

It’s been a wild and awesome journey, but i find myself at the journey’s end.

As you read this i am enjoying some R and R with Ma and Pa in north France who feared i would only return in a body-bag.

I’ll add a few more postings on my return in June, for your information, but you’ve pretty much had your lot.

A big thank you must go to:

Ying – for so much cyber-sharing for much of the trip

A massive variety of travel companions on the road

I know several readers have followed my entire journey. We have covered 14 countries (15 if you count Palestine as a separate entity – and i do) in some 13months. I welcome your feedback on what you have liked/enjoyed as well as constructive criticism in the comments below.

This blog site will shortly be closing down as i need to move to a site with a much greater degree of anonymity. If you are interested in following further scribbling and photographs you will have to write to me in person to subscribe to my next blog site. – at the discretion of the author.

Posted by Mountain Man at 9:25 PM No comments: